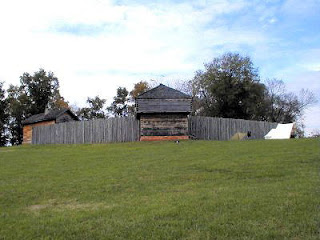 Not unlike many key cities in the South, Kingston, Tennessee, has a famous fort. Called Fort Southwest Point, it is the only Federal era fort in Tennessee being rebuilt on its original foundation. Now completed are a barracks, a blockhouse, and 250 feet of palisades walls. 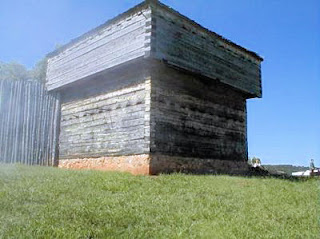 The Blockhouse, which included a stockade, was built by militiamen in 1792 and commanded by Brig. General John Sevier. Constructed high on a bluff at the mouth of the Clinch River where it enters the Tennessee, it was located at the boundary of the Southwest Territory (Territory of the United States South of the River Ohio) and the Cherokee Nation, on the only east-west road between Knoxville and Nashville (known as the “North Carolina Road” or “Avery’s Trace,” constructed in 1788). 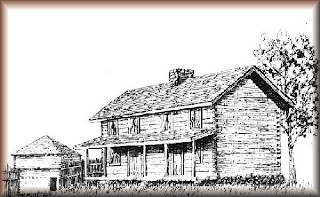 With additional Federal troops being sent to Tennessee to control the escalating territorial disputes between the Euro-Americans and the Cherokee Indians, who still claimed the majority of what is now East Tennessee, Congress authorized the construction of much larger fort about ½ mile down-river from the Blockhouse. Completed in 1797, one year after admittance of Tennessee to the United States, the Fort was commanded by Colonel David Henley as agent of war and housed over 400 troops at its peak.

As the territorial wars were ended, the U.S. government shifted its role to that of protectionist with the Cherokee. The troops became the peace keepers as they escorted travelers across Cherokee territory, less in an effort to protect the migrating settlers from attack by the Cherokee and more to ensure the travelers did not illegally settle on Cherokee-owned lands. By 1801, the need for Federal troops was greatly reduced and Fort Southwest Point became the headquarters for a newly-appointed Cherokee Indian agent, Colonel Return Jonathan Meigs, who also served as military agent for Federal troops in Tennessee. By 1807, Fort Southwest Point had lost most of its more important functions but remained in use until around 1811, primarily as a supply depot for handling shipments passing overland from the east and then down-river to other posts along the expanding American frontier.

Fast-forward 150 years to the first archaeological investigations conducted at the site by the University of Tennessee in 1974 and 1975. The digs exposed portions of the foundations of six-foot buildings and netted a large cache of fort-period artifacts, as well as evidence of prehistoric habitation, including infant burial, storage pits, and sherds. The remains of a massive stone wall at the west end of the structure was also uncovered. 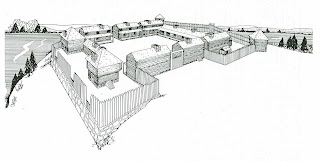 In 1984, the recon-struction of the Fort on its original site was begun as a cooperative effort between the Department of Conservation and the City of Kingston. As a result, the location of 13 buildings were positively identified and the Fort’s general plan was approximated. The most recent study done in 1996 by students from Roane State Community College along with the Department of Conservation revealed the details of a third major building, now known to have housed administrative and storage facilities.

Today one can visit the site of the reconstructed Fort owned and operated by the City of Kingston. 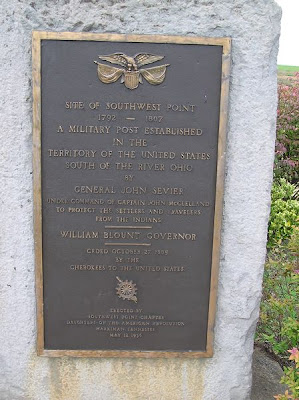 Situated high above the Clinch, Emory, and Tennessee Rivers, it offers spectacular views of Watts Barr Lake and the surrounding area. Visitors can picnic on the 30-acre site and see history come to life through candelight tours and period-dressed interpretations of life on the frontier. 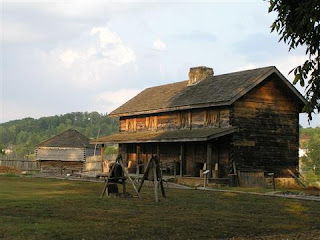 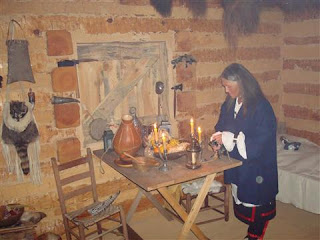 An authentic 18th Century cannon is often fired at its events. 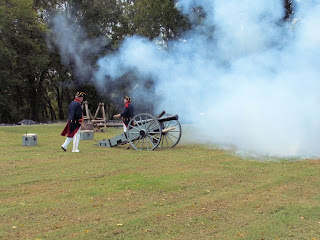 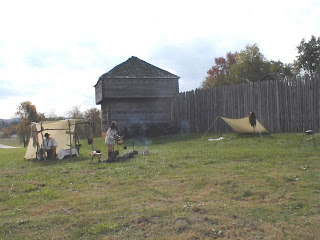 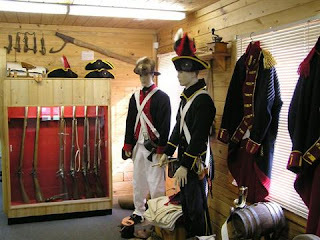 role in the westward expansion of America through an orientation video and many interpretive exhibits. The Fort today offers a learning adventure for all ages, with scheduled tours and special weekend events for the whole family; and it is free to the public (though donations are gratefully accepted).

And if you’d like a keener look into the past, keep your eyes and ears open for a ghost or two. Whether the spirits of some fallen soldiers on the frontier or the ghosts of some early settlers returning to stake their claims, they have at times made a surreal impression upon a few astute visitors who claim to have felt unseen presences or heard faint whispers and gunshots in the background.

What an interesting post! It's a beautiful part of the country.

I love old forts. Part of me wishes I could go back in time and live there, and part of me realizes how it must have been scary times. Perhaps I'll have to bring Wm down to see this.

Note to Cathy: Would love you to come. We could visit and explore together! Perhaps William would enjoy the Museum of Appalachia as well (not in Kingston but in the area).

I love these historic sites. Isn't amazing to stand within those walls and imagine how they built it all those years ago?

That's right up my alley. I love places like that where you can taste the history in the air.

I have only been to Memphis. This looks a bit different.

Fabulous post. Thank you so very much. I really enjoyed this.