All On a Morning's Drive

For the past several months, we have been a one car family. Aaron has been using the van since he fried his engine due to an oil leak of which he was unaware until it was too late. 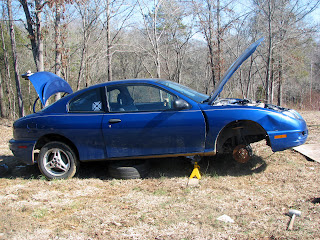 So, with his going to school all day (Roane State Community College) and working all night, I have been giving the van over to him until he is able to repair his car.

As a result, I have been all but stranded in the house, and with the cold weather and snow, such as it was, it was starting to become quite confining. Finally, though, I had a rare morning of freedom as Aaron doesn’t have school on Friday’s, so I thought I would take the van and run some errands, as well as stop and see my grandson. It was a beautiful day with warming temperatures and melting snow, and I was looking forward to the drive. Imagine my dismay when I found the van on empty, actually less than empty, when the little needle hovers between stationary and the 0 mark.

Given that the nearest gas station is 16 miles from my house, through winding, hilly roads with nothing on either side but farms and fields, I was praying all the way. I was sure if God could keep a jug of oil from running dry, he could keep my gas tank from running dry (1 Kings 17:8-16 NIV). I did make it all the way there, and relieved to have a full tank of gas, embarked on the second leg of my freedom flight. Then, midway to my son’s house, without a care in the world, I noticed the tell-tale tic, tic, ticking of an engine without oil. Oh my, we certainly didn’t need a second car with a blown head gasket!

Son No. 1 had a spare quart of oil and fixed me up, but it was bone dry. Perhaps if I bought another quart, son No. 2 could at least put it in. All in all , it was a wonderful restorative day, despite my hungry car parts. My grandson is growing by leaps and bounds, already 9 months old, and the fresh air and cool breeze gave me the hint of spring I needed to keep going. I’ll be hunting for buds now; spring tends to come early in East Tennessee. 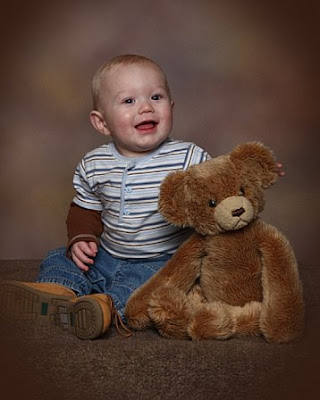 Returning home, I filled Aaron in on the events of the day, unremarkable in his estimation. He always makes it to the gas station on empty, and he doesn’t think the ticking of the oil pipes, so to speak, mean anything at all. “Just because 19-year-olds are indestructible,” I remarked, “doesn’t mean cars are (your car, case in point).”

Well, new engine now in hand, hopefully Aaron will have his car fixed by next Saturday when dear husband returns home from the road for this 3-day off-time. My van, and my time, will be my own again; and while I’ll likely mostly just hang around the house, as I’m a real homebody, it’s nice to know I can get up and go when the walls start closing in.

Glad all ended well; 19 is a tough year for everyone... the 19 year old, and family too, sometimes. When I was 19 I had no idea why my Dad would get so upset over the very issues you mention...

Glad you made it there okay.

You pump your own gas? My wife would not even think of doing that! Although we now live in Kentucky, we had lived many years in New Jersey where it is against the law to pump your own gas. You must let the qualified attendant do it!