In 1954, the movie “On the Waterfront” with Marlon Brando won the 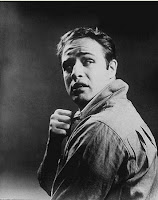 Academy Award for best picture. Also in Hollywood, Marilyn Monroe wed Joe DiMaggio. The first of the Godzilla series of movies was released in Japan. 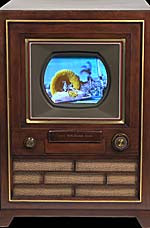 first color T.V. was manufactured by RCA in 1954. It cost $1000 for a 12” screen. We always had a black and white T.V. when I was growing up. It was in a great big console and had a small roundish screen. I believe we got our first color T.V. in the early-70’s. It was still in a large floor console, but it had a bigger screen. The first Miss America Pageant was aired on television. Seizing the opportunity of a lifetime, American Gerry Thomas invented the T.V. Dinner in 1954.

Bill Haley & His Comets recorded “Rock Around the Clock” in New York City. On July 7, 1954, WHBQ in Memphis became the first radio station to air an Elvis Presley record, and rock-n-roll was about to change the face of the American teenage culture.
In the medical realm, the first mass vaccination of children against polio began in Pittsburgh, Pennsylvania. I remember polio vaccinations, and the day my brother and sister and I first received ours. It seems to me they used a needle that rather scraped the vaccine into your skin; I don’t think it hurt but all 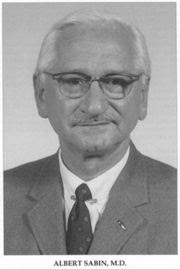 children are afraid of “shots.” It was the initial polio vaccine developed by Dr. Jonas Salk. Salk’s vaccine was a “killed” vaccine that prevented most of the complications of polio, but did not prevent it altogether. (I still have the scar!) Later, probably in the early-to-mid-60’s, we received an oral vaccine as well, developed by Dr. Albert Sabin, a renowned medical researcher. I vaguely remember my mother having personally known Dr. Sabin due to his affiliation as head of Pediatric Research at Cincinnati’s Children’s Hospital and his association with my mother’s boss, Joseph Kanter. I must have thought this familiarity quite impressive at the time, as I can still recall it. During that same year, the first kidney transplants were done in Boston and Paris.
The Nobel Prize for Physics was won by Max Born & Walther Bothe; for Chemistry by Linus Carl Pauling; for Physiology or Medicine by John Franklin Enders, Thomas Huckle Weller, & Frederick Chapman Robbins; for Literature by Ernest Hemingway; and for peace by The Office of the United Nations High Commissioner for Refugees.
The Vietnam War was brewing, and President Dwight D. Eisenhower authorized the creation of the United States Air Force Academy in Colorado. On Flag Day, June 14, 1954, the words “Under God” are added to the “Pledge of Allegiance.” Most people think these words were always in the Pledge. I have always known them, that’s for sure! 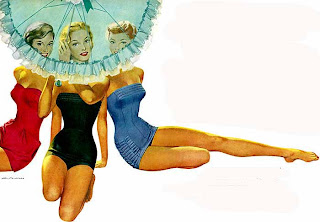 Sports Illustrated was published for the very first time. I wonder if they had a “swimsuit issue,” and what parts of the anatomy those swimsuits covered? Roger Bannister of England was the first man to break the 4-minute mile. West Germany won the 1954 World Cup in Switzerland, defeating Hungary. Radio was giving way to T.V. as the last new episode of "The Lone Ranger" was aired after 2,956 episodes over a period of 21 years. The first transistor radio was developed for the public and cost around $49.95 ($300 in today’s money). They dropped significantly in price when they became more popular and mass-produced in the 60’s.

Nash and Hudson merged to form the American Motors Corporation (AMC). And who didn’t want a 1954 Chevrolet Corvette or a Lincoln? 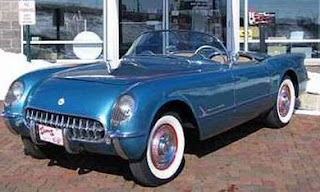 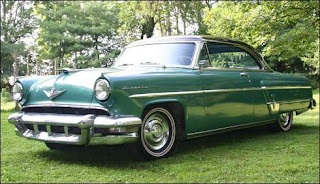 As I recall, we didn’t even have a car till the late 60’s when my mother learned to drive. It was a 1960 white Rambler, something like this: 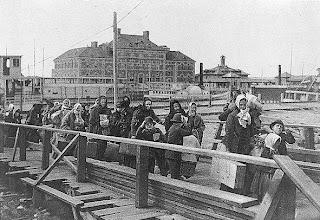 A chapter in American History closed in November, 1954, when the main immigration port-of-entry in New York Harbor at Ellis Island closed. The U.S. sent back to Mexico almost 4 million illegal immigrants. Brown vs. Board of Education made segregation in U.S. public schools unconstitutional. Rosa Parks' arrest in Montgomery, Alabama, set the American Civil Rights Movement in motion. The Boy Scouts of America desegregated on the basis of race.
The first Hyatt Hotel opened in December, 1954. It was the Hyatt House of Los Angeles, and was the first hotel built outside of an airport.
Average prices in 1954?

The Dow Jones Industrial Average closed at an all-time high of 382.74.

And on April 11, 1954, I was born. Robin Ann Roach to Theresa Lillian Matthai Roach and John Joseph Roach of Cincinnati, Ohio. 3rd of 7 children. Happy Birthday to me. I’m 54! 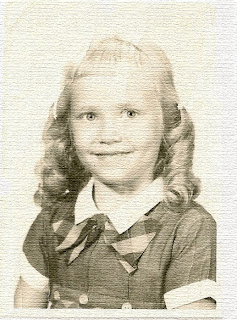 Have a blessed day.

Spring Butterfly on My Porch 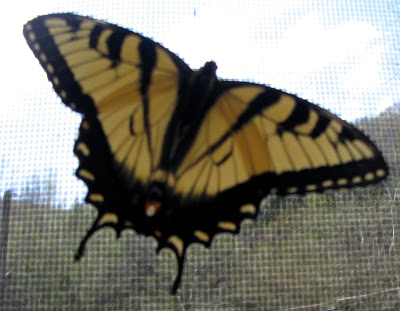 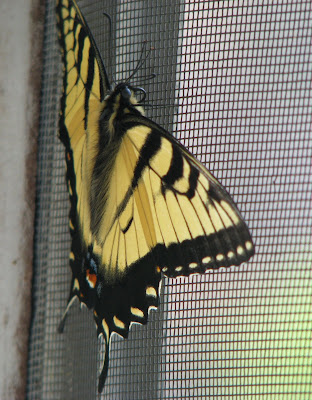 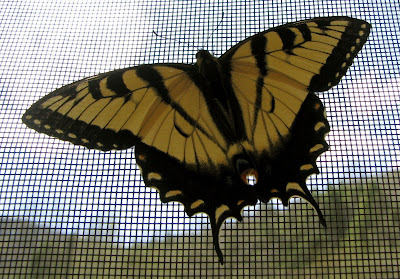 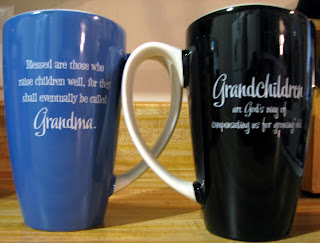 We just got new mugs, the first sure sign that we are taking on a new identity! From Robin & Dave to Mommy and Daddy, and now oh so suddenly, we are Grandma and Grandpa. Here in East Tennessee, many folks of our status are called “mamaw” and “papaw,” or even “meemaw” and “peapaw.” Grandma suits me fine. I’m not sure what Dave prefers, or if he’s avoiding the title altogether right now.

My mug says, “Blessed are those who raise children well, for they shall eventually be called Grandma.” It’s a lovely sentiment, although I’m not sure how much raising them “well” has to do with it. Children seem to grow up and have kids of their own in spite of their families. My son says he thinks he had a pretty good childhood though, and he was raised in the nuture and admonition of the Lord. That, after all, is the measurement that matters most.

God has a sense of humor. Dave’s mug says, “Grandchildren are God’s way of compensating for growing old.” I think he can somehow relate to this, although he won’t admit it. I tell eveyone I’m a grandma, and refer to baby Jake (yet unbirthed) as my grandson, my grandchild, my “grandsugars.” Dave refers to him as David and Amber’s baby, but I’m sure Drake will grow on him! I can almost see them at the lake, fishing rods in hand.

Amber is not due for about 6 weeks, mid-May, but all appearances predict quite an earlier birth. We do hope she carries little Drake a few more weeks at least. In the meantime, I’ll be shopping. I’ll soon need one of those wallets that has a 20 sleeve fold-out accordian picture file; it holds 40 pictures in all. And a bumper sticker.

Let me tell you about my grandchild . . .